Welcome and thank you for spending your valuable time to visit my website.
I will defer from speaking about myself in third person and will keep this page as real and human as possible. I make a living by telling stories in an Audio Visual medium, so let me start with telling my story, who I am, what got me here, and what's next.
Ready?

A little bit of History

1991, Summer – It was a bright, sunny Tuesday when I made my first appearance and a small town in Germany called Muenster – Hiltrup rolled out the red carpet for me (actually the last part came later). Anyway, here I was, ready to make trouble just so I can pack my hockey bag with 50lbs of camera gear and a toothbrush to piece out to the States. Well, that sounds easier than it actually was…
I finished my Abitur (German equivalent to a High School degree) as well as an apprenticeship in Media Design and Communication in 2013. In the meantime, I completed an internship at the German production company Ad Art. This came with my first real life set experience at the award winning TV Show Switch Reloaded. I can comfortably say, these guys threw me in cold water and I learned how to swim. It was like taking a child to its first candy store getting addicted to sweets. I was the Video Operator on set, meaning I built the Video Village and controlled a Live Mixer for preview edits. I was sitting right next to the Director and from that moment on, I knew directing is what my green Haribo Goldbaer is going to be. I like all colors but the green is what I’d pick first and enjoy the most if you know what I mean?!

I was one of those children who loved watching American TV shows and movies, my room was full of American flags (3 in total), posters of the NYC and San Francisco Skyline as well as movie posters galore. I bought US travel guides instead of comic books and every Sunday, I prepared breakfast for my parents to persuade them to vacation in California. Financially, that wasn’t possible but giving up wasn’t an option.
It’s fair to say, my dream to once live in Hollywood making movies while growing up in a small town in Germany wasn’t in realm of anyone’s imagination, but it was rather laughable.  Well that and my dyed black hair and piercings but that’s another story.
Fast forward, I started my first company ‘Motion In Pictures’ as a result of the amazing feedback and client acquisition throughout my internship.
We (and with “we” I really mean myself) did it all. Wedding and Music Videos, Commercials, Events, Interviews over Interviews, Short Films, Surgeries (no joke) and so on.
However, I had to look reality dead in the eye – making a living with filmmaking is really damn difficult. So I did what society wanted me to do, study something “safe”. Engineering…
Was that the end of my dream? Well, every great story needs an Inciting Incident, right? Here is mine.
On a winter day, I walked around campus and came across a job board. Job offers from Porsche, BMW, Bosch… The biggest and brightest job posts covered one little flyer barely revealing the word film. It was a Steinfurt (smallest town you’ll ever hear of) Film Festival advertisement. And that was the only one that grabbed my attention. 30min later, after rethinking my entire life, I grabbed my bag and I was out. I never returned to this campus and dropped out. So Mark Zuckerberg of me.

From Germany to the US – Easy, right?

Migrating to the US was probably the most difficult and humbling experience in my life to-date. But how did it happen?
After I dropped out of my engineering program, I applied for the Film & Sound program at the University of Dortmund. To be accepted, I needed to submit a short film covering the topic “Wasser Werke” (eng. Water Works). So I created an animated short film which started with an impossible idea in my head without any animation experience. I had to complete the film within 8 weeks and I learned 3D animation in Cinema 4D. This short film not only got me accepted, but I also won the international ProAm USA Student competition. The prize was a camera crane for my University which ultimately led to a scholarship to study abroad.
In the meantime, I participated in the Firefox Flicks International Film Competition as part of the Toronto International Film Festival. I won the award for best film across Europe, Africa, Middle East and was flown to TIFF, picked up in a limousine, and attended every red carpet event possible. Quite an experience for a young filmmaker.
And here it was, my first big German newspaper article. And shortly after, I got my first big directing job for the german Television show Standupmigranten with Abdelkarim.
With that experience in hand, my scholarship, and saved up money from working at the production company Duema Media during the day and as a Bartender at night, I packed all camera gear I owned, some cloths, and moved to Santa Barbara to study at UCSB, Baby!

Was it all for nothing?

After finishing my Film and Media Studies program (shoutout to Joe Palladino and Chris Jenkins) and numerous US produced Short Films under my belt, I continued studying directing at UCLA where I graduated in 2017. I was granted to work in the US for 1 year and I did… A LOT!
My short film Crossroads (2017) had quite a successful festival run and opened a few doors for me. I worked as a camera operator and editor  slowly graduating into the director role. Primarily, for the production company Circle 8 for the show This Is LA, and later This Is SF (CBS). I also served as the Lead Editor and Producer for the bhutanese Feature Film Kushuthara: Pattern of Love. I was then hired by Studiobinder as their Content Producer growing their YouTube channel from 0 to over 200.000 Subscribers in less than 18 months.
Looks like it’s going pretty well so far so why the negative headline you may ask?!
Well, while working on all those projects, I was fighting for my Visa. A Visa that required me to prove to the US government that I have extraordinary abilities in my field. Due to various reasons I don’t want to get into, I received a letter in the mail the first week of February 2019 to inform me that my Visa was denied giving me 14 days to leave the country.
I dropped from my highest high to my lowest low. Living on my Mom’s couch where I started was not an option for me. So I packed my backpack (obviously primarily camera gear), booked a one way ticket to Bangkok and lived across South East Asia for about a year, which turned out to be the best year of my life.
A valuable lesson I learned the hard way is that when it comes to any kind of problem solving, you have to look ahead, don’t get stuck on frustration about how unfair the world can be and make the best out of it.

While traveling, I obviously didn’t leave my future up in the air to get lost at some temple in Malaysia during a silent retreat.
It was quite the opposite. I hired a new attorney, worked intensely on a new Visa application which immediately got approved and I moved back to the sunny In-N-Out state of America.
JUST IN TIME FOR A GLOBAL PANDEMIC! Like seriously?
But remember what I said about making the best out of a situation? Well, here we go again. My friend and previous business partner Robert Parks-Valletta approached me with a new show idea, called Destination LA. He asked me to create a concept that’s feasible to shoot during a pandemic while making it scalable and entertaining. So I went back to the drawing board, shot, directed and edited a pilot and 3 years later, Destination TV is now in 5 different cities in its third Season on CBS.
During this successful partnership, we also created the show Staycation, showing you guys the best vacation rentals in the US and beyond (well beyond was a bit tricky due to a global pandemic but we did make it to Costa Rica).
Mid 2021, this very show got nominated for an Emmy which we won the same year. This was perhaps one of the biggest milestones in my career today. Remember me talking about the red carpet in my hometown? Well here it was. The boy with black hair and piercings and his crazy dreams winning an Emmy in Hollywood (not my words) finding myself in every Newspaper.
In 2022, the Making It Media Team and I were nominated for our second Emmy for the Show Fantastic and received 2 additional Emmys for Staycation and Destination Dallas.

Well, I hope this is were you come into play. My goal for the next decade or so is to keep building a robust, award winning Production Company for Film, Commercial, and TV. Working with Networks and getting the projects distributed on big platforms is equally rewarding as helping a small business owner making their business thrive through Audio Visual Marketing, hence why I named my Company Thriive Media.
I hope this elaborate introduction allowed you to get to know me enough to drop me a line whether it’s for business inquires, partnerships, feedback or just to say Hey.
What do they say? Your Network is your Net worth so don’t be shy.

Some of the Brands that trusted me 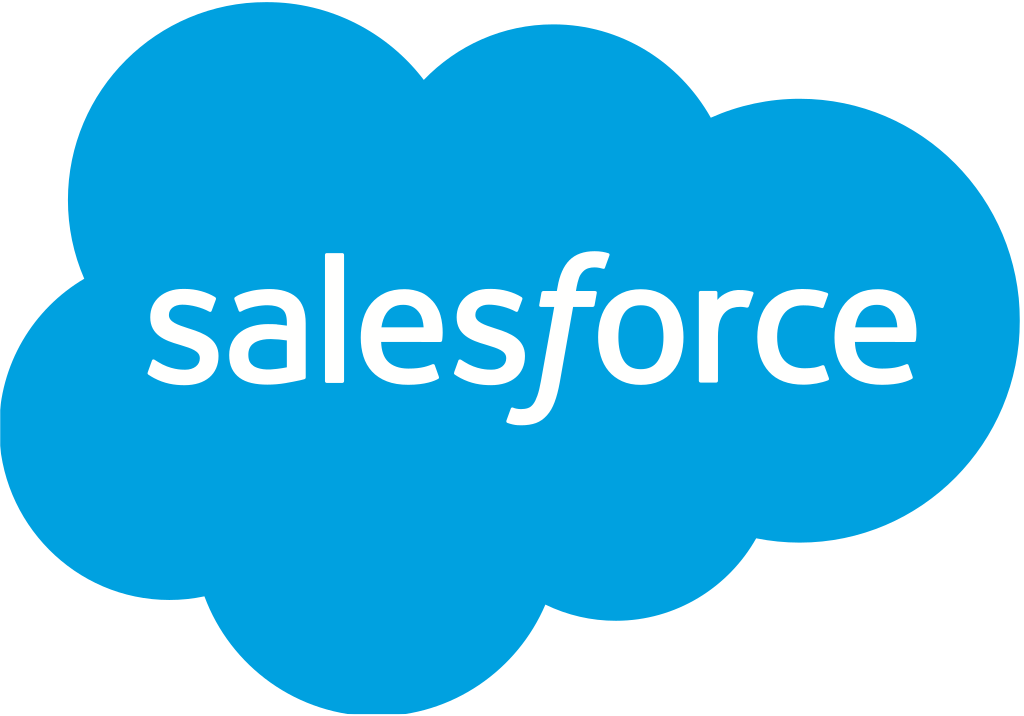 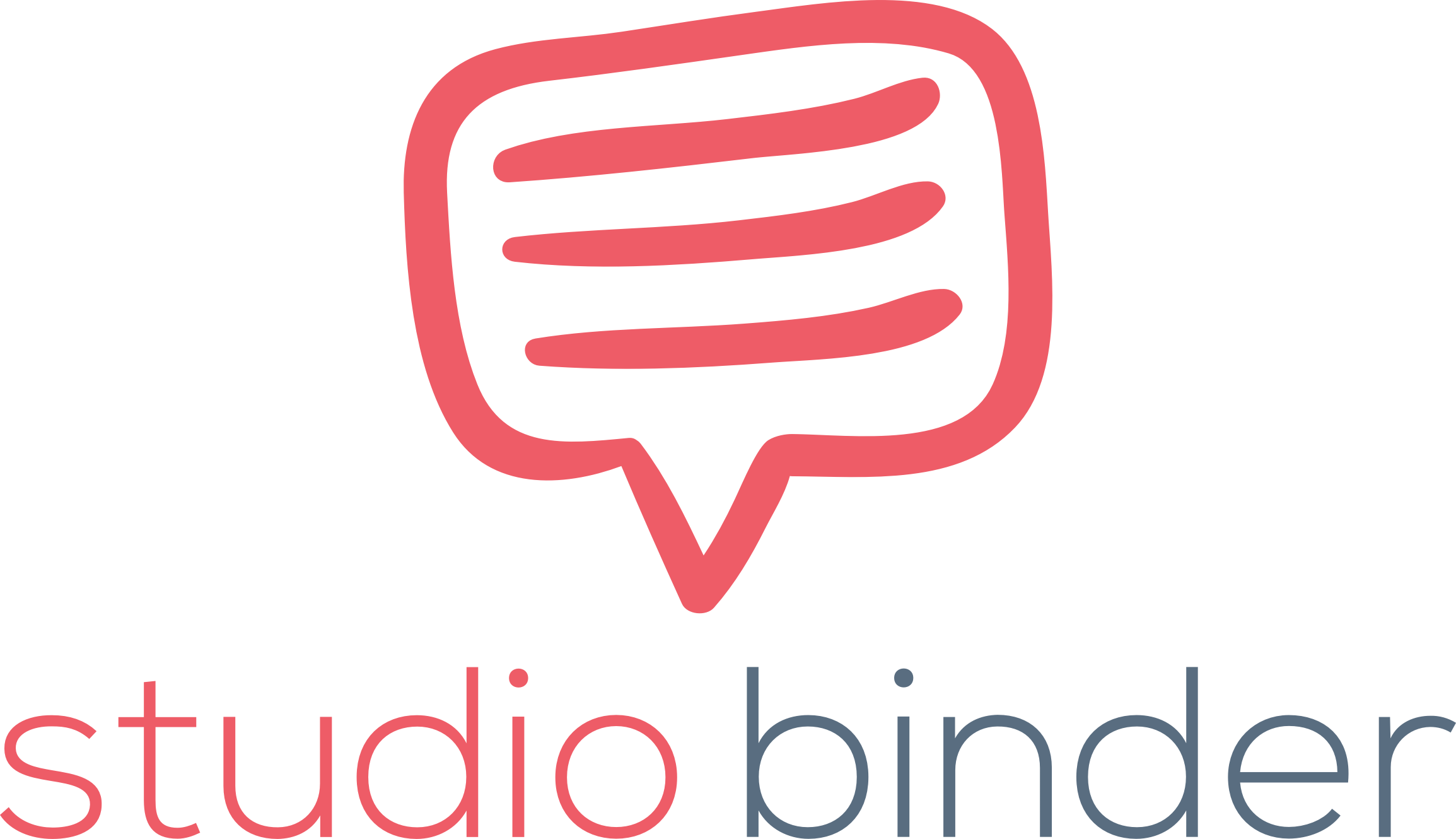 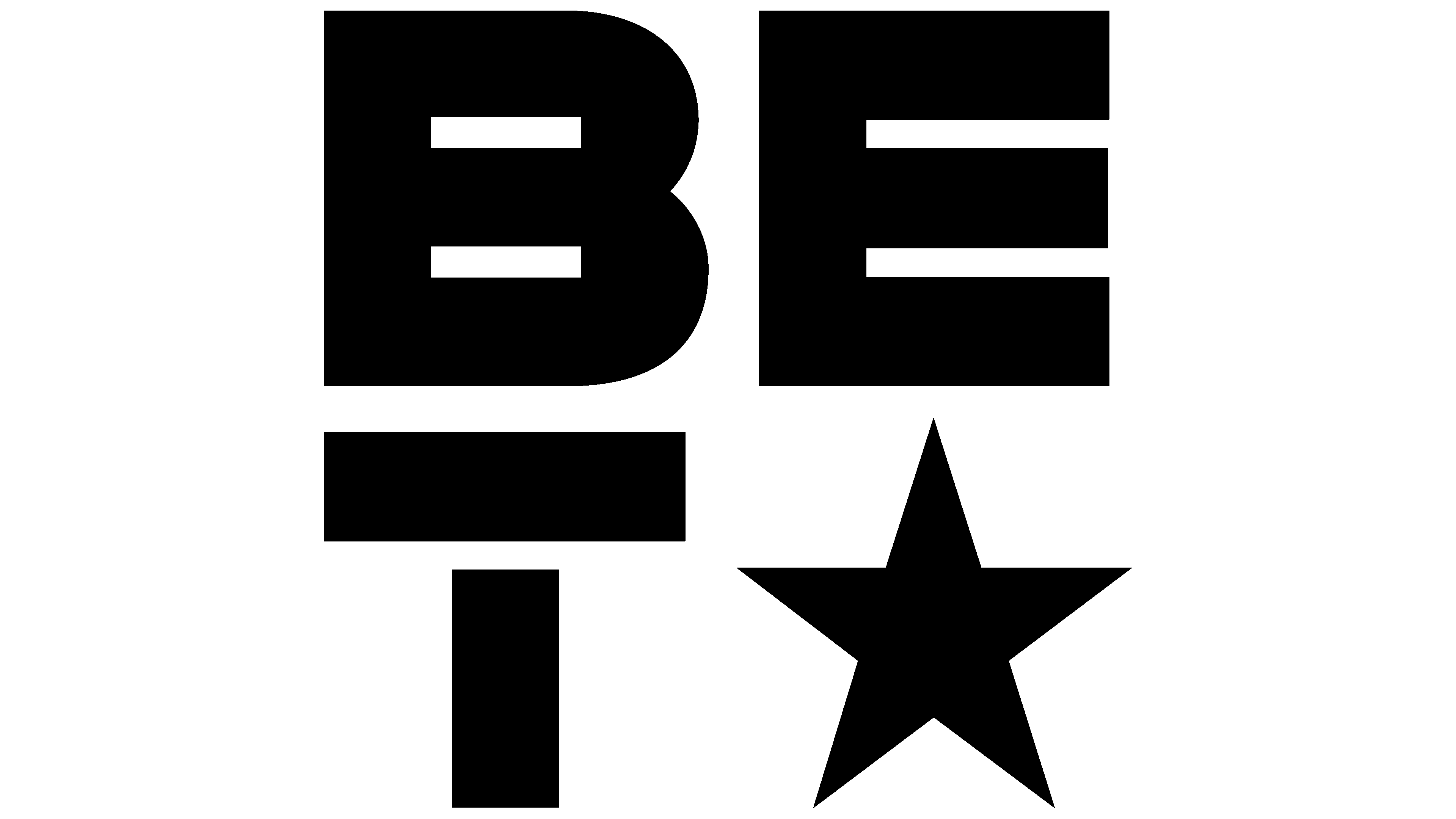 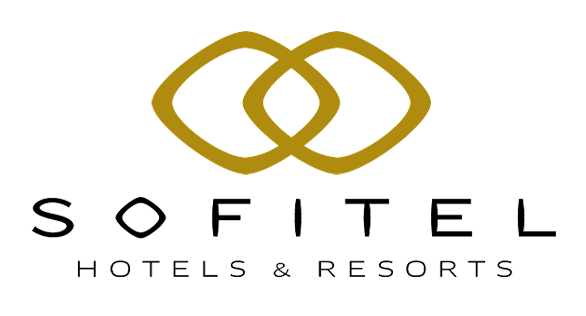 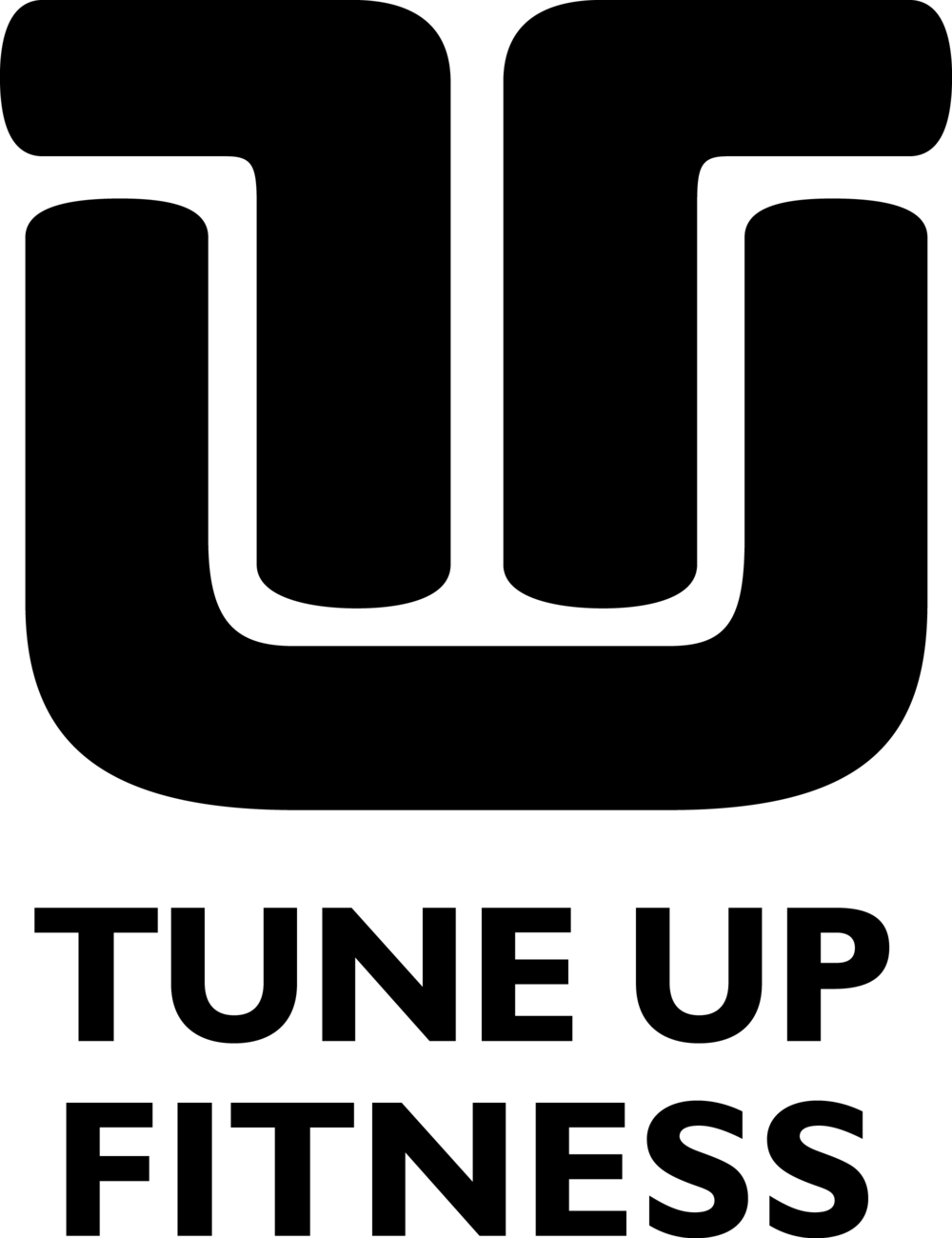